From City Hall to National Treasure

The Astoria National Guard Armory was built in 1941-42 by local contractor, John Helstrom. The city government deeded the land and old city hall which was being used as a hospitality room for troops to the state government. The roof structure was developed in Holland. Mac Court, at University of Oregon, was constructed in 1926. It is the first known building to have used it on the West Coast. The building was later expanded, hence why an additional truss system was installed that protrudes from the roof. 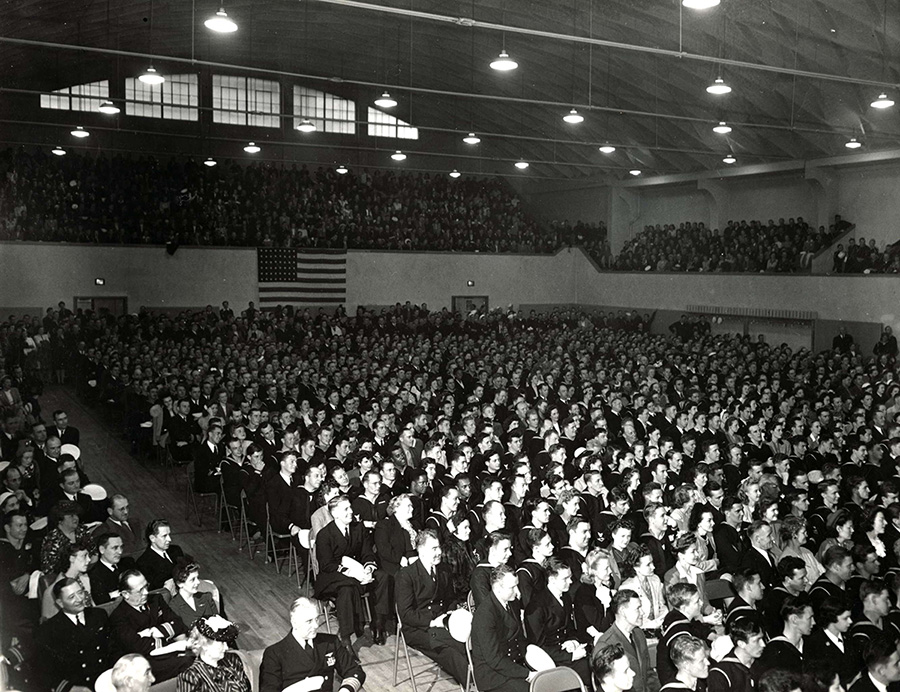 Another packed USO event during the 1940’s. No wonder this venue was so popular for the community, where else could you host a show with over 2700 people in the audience. The Armory was the entertainment center of the North West. 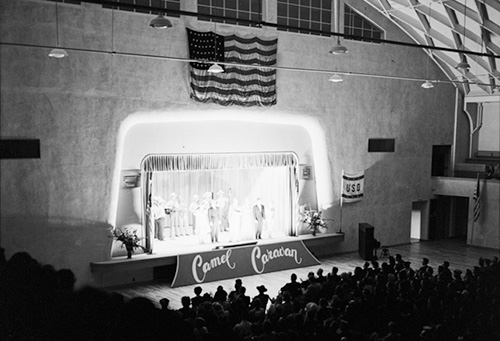 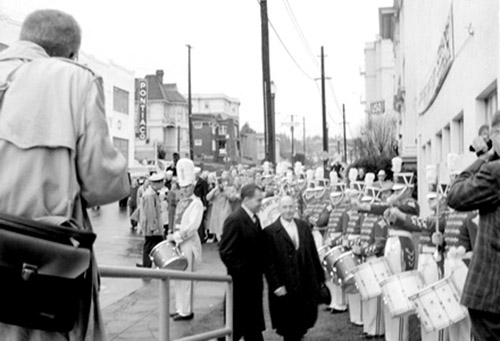 Friends of the astoria armory